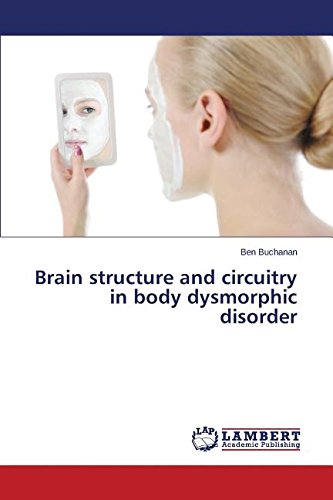 Body dysmorphic disorder (BDD) is a mental disorder with five times the prevalence of anorexia, affecting up to 2.4% of the general population. The main symptom is a fixation on a feature of appearance that they attest looks ugly and they may engage in repetitive and ritualistic behaviour, including picking of their skin or checking their appearance in the mirror very frequently. The concern with appearance and associated behaviours are analogous to the obsessions and compulsions experienced in obsessive compulsive disorder (OCD). This book aimed to characterise the brain structure and circuitry of BDD to understand the mechanism that underlie the disorder’s onset and maintenance. We acquired the largest BDD neuroimaging sample to date, scanning 20 BDD participants and compared them to 20 healthy controls. Three imaging techniques were reported; structural magnetic resonance imaging (MRI), diffusion tensor imaging (DTI) and resting state functional MRI.