A three minute summary of my doctoral thesis. Presented as part of the Three Minute Thesis competition, Monash University, School of Psychology and Psychiatry.

Have you ever noticed a tiny imperfection about yourself, but once you’ve noticed it, it just stands out? Maybe you’ve had a stain on a piece of clothing, and when you look in the mirror it’s all you can see.

Well imagine feeling that a detail about how you looked was so wrong that that you were too afraid to socialize or even leave your home. It might sound ridiculous but for victims of the mental disorder I’ve devoted my research to it’s a daily reality.

Body dysmorphic disorder is a mental disorder that affects 1 or 2 people out of in 100. That’s five times the prevalence of anorexia!

Depending on the individual they might fixate on their nose, ears, lips or any other body part they think looks ugly. People with body dysmorphic disorder can look in the mirror for hours a day, up close, checking and re-checking, looking at themselves through a magnifying glass. The more they look at themselves the more distressed they become because all they see is that feature.

I’ve met many brave individuals with the disorder who have told me their story and agreed to have their brain scanned in an MRI machine. I hoped my research could answer just one simple questions. 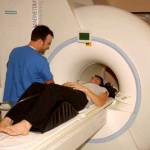 Why do they believe that they’re ugly, when no one else does?

When I looked at the 40 brain scans of my research participants I was particularly interested in the occipital lobe, the area at the back of the brain associated with visual perception. But when analyzed this part of the brain I found that it was completely normal! I checked again, nothing, I looked even more closely, got out my magnifying glass, but nothing!

After days of analyzing I realized that I was looking so closely at one component that I might be missing the whole picture. – Exactly the same thing people with body dysmorphic disorder do.

That’s when I decided that I would zoom out and analyze the entire brain.

This is when I was able to see what was happening. Instead of a specific brain regions being responsible the problem was actually the connectivity between different brain regions. 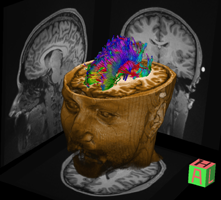 My research found that the corpus collosum was not properly connecting the detailed side of the brain to the holistic part of the brain!

This results in them becoming fixated on small details, rather than seeing their entire face.

So next time you believe something that isn’t true, it’s probably not because you’re seeing it incorrectly, but you might not be seeing the entire picture.