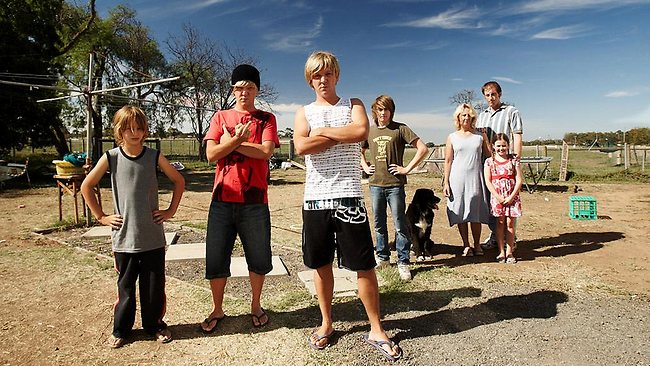 Criticism has come thick and fast for Chris Lilley’s Angry Boys on ABC TV: From morally outraged radio talk back callers to teachers concerned that 13-year-old students are emulating the antisocial behaviour depicted in the show, the discomfort that Chris Lilley’s characters elicit has certainly stirred some feathers. The unfavourable judgments seem to be focused around how anyone with good taste could possibly find the crude references to bodily functions, sexual organs and primitive social behaviour the slightest bit amusing. In fact, viewers of the show have even been described by some talk back callers as displaying moral deficiencies similar S.Mouse, Daniel and other characters in the show.

Nevertheless the show has enjoyed almost one million viewers weekly with many touting the show as better than Lilley’s last furore, Summer Heights High. From my point of view as a psychologist who is intensely interested in social behaviour, Chris Lilley taps into our sophisticated understanding of personality and exploits our sensibilities to create a brilliant and sometimes very awkward insight into the world within.

Many of the characters display characteristics that are uncannily close to diagnosable personality disorders that can be found in the DSM-IV, the bible of mental health. For example, 17 year old Daniel Sims who continually taunts his twin brother could be described as having oppositional defiance disorder. This disorder is characterised by behaviour that is deliberately annoying and designed to aggravate others, someone who refuses to obey rules, argues frequently with adults, particularly the most familiar adults in their lives such as parents. Another character, S.Mouse, is best described as having narcissistic personality disorder which is characterised by a tendency to exaggerate achievements and talents, have excessive feelings of self-importance, being preoccupied with fantasies of success, the need for constant admiration, and have little ability to feel empathy. 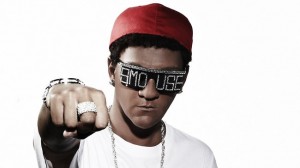 All of Chris Lilley’s characters have two things in common; they all approach the world with inflexible coping strategies, and are on a journey for personal meaning. With the exception of Gran, who seems to have found the perfect place to express tough love, each character’s personality causes interpersonal friction, inappropriate behaviour and an inability to effectively problem solve. Perhaps what the critics of this show miss is the more nuanced internal tensions present in each individual, the constant struggle for self-esteem and personal meaning. Each character is buoyed to achieve through some feeling of personal deficiency. 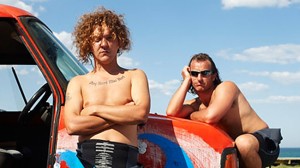 For Blake Oakfield, the former legendary surfing champion who is now heavily involved in his gang the “Mucca Mad Boys”, his internal conflict is between his youthful interests on the one hand and providing a stable life for his wife and kids on the other. Blake’s chosen occupation of keeping Narmucca Bay safe from the rival gang the “Fennel Hell Menc” is a behavioural manifestation of the internal threat he feels to change, change in career, generational change and change in how he gains personal identity and meaning.

S.Mouse is another example of someone desperately trying to resolve internal conflict externally. His overcritical father has obviously instilled a long lasting need in S.Mouse for admiration, power and success. He has realised that approval will not be forthcoming from his father so turned to the rapping scene for praise. Teenage girls, he figures, will be more easily impressed than his father. 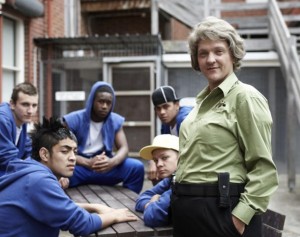 At the start of each show the introductory credits depicts children dressed as superheroes, a manifestation of the mistaken sense of omnipotence in the characters. Each character is Angry Boys is simply on a journey to realize that they are not the all powerful hero of their youthful dreams, but that there are certain inalienable realities in the world that cannot be mastered or dominated, but need to simply worked with. Perhaps Gran has the right idea – she makes superhero pajamas for the inmates at Garingal Juvenile Justice Centre knowing that thoughts of unlimited success and power are best left in our dreams.

Ben Buchanan is a Doctor of Clinical Psychology at Monash University.