What Psychologists Need to Know About Three Common Complementary Medicines

This review will focus on the use, action and effects of three complementary treatments often used for mental disorders. St John’s Wort, Valerian and Omega-3 fatty acids were selected because each has benefited from considerable research into their efficacy and action mechanisms. Evidence for the efficacy will be examined and potential practical issues will be discussed, including side effects, drug interactions and the psychologist’s role in the CM field.

It is important for psychologists to be aware of complementary medicines (CM) because many patients with a mental health problem will be using some type of CM. In fact, estimates of CMs use in Australia includes 52% of the population (MacLennan, Myers, & Taylor, 2006), and they are even more frequently used among mental health patients with depression and anxiety (Wu et al., 2007). Individuals who use CM most commonly cite wanting a “natural approach” as the main reason for using CMs, followed by past experiences in which conventional medical therapies have caused unpleasant side effects or had seemed ineffective (Wu, et al., 2007).

Complementary medicine includes a large number of practices and systems of health care that, for a variety of cultural, social, economic, or scientific reasons, have not been adopted by mainstream Western medicine (Ernst et al., 1995). CM satisfies a demand not met by orthodoxy and diversifies the conceptual frameworks of medicine. This includes treatments such as medicinal herbs and teas, vitamins, nutritional supplements and even chiropractic and massage. Despite 74.8% of Australians believing CM medicines are tested by a government authority for efficacy, few CMs are independently tested for effectiveness (MacLennan, et al., 2006). 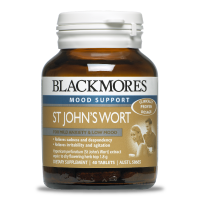 St. John’s Wort is made from a plant and can be bought in many supermarkets and pharmacies as a tea, tablet or capsule. It is commonly used as a remedy for depression and sometimes anxiety and is thought to have a mechanism similar to that of the synthetic antidepressants, such as the selective serotonin-reuptake inhibitors or monoamine oxidase (MAO) inhibitors (Bennett et al., 1998).

The efficacy of St John’s Wort has been rigorously examined over many decades (even centuries) with a number of meta analyses including two Cochrane reviews supporting its use. The most recent Cochrane review (Linde, Berner, & Kriston, 2008) of 29 studies of St. John’s Wort examined its use in mild to moderate Major Depression. Most studies in the meta analysis used a dose of between 500 and 1200mg daily and many directly compared St. John’s Wort to standard antidepressants including fluoxetine (Prozac) , sertraline (Zoloft) and imipramine (Tofranil). The review found that St Johns Wort was superior to placebo and similarly effective as standard antidepressants. Moreover, across the studies it was found that St John’s Wort had fewer reported side effects than did standard antidepressants. Interestingly, in German-speaking countries where these products have long been prescribed by physicians, the efficacy was significantly higher than in comparable English speaking countries. This suggests that the placebo component of such treatments (and all treatments) relies partly on it not being considered as a complementary medicine.

St John’s Wort has a number of adverse side effects, including dizziness, sedation and photosensitivity (Ernst, Rand, Barnes, & Stevinson, 1998), although it is noted that this side effect profile is similar to the placebo. More serious is St John Wort’s pharmacokinetic interactions which include interactions with contraceptive implants, benzodiazepines, suboxone and methadone. Additionally, use of St John’s Wort when used in combination with other drugs that influence the serotonergic system can have very serious adverse reactions, including serotonin syndrome which can be life threatening. Most antidepressants, especially selective serotonin reuptake inhibitors, and opiods should not be used in conjunction with St John’s Wort.

St. John’s Wort has only weak activity in comparison to mechanisms of the synthetic antidepressants, so it could be that the clinical efficacy of St. John’s Wort is attributable to the combined contribution of several mechanisms, each one too weak by itself to account for the overall effect. St John’s Wort has a weak inhibitor of monoamine oxidase-A and -B activity and also inhibits the synaptosomal uptake of serotonin, dopamine and noradrenaline (norepinephrine) with approximately equal affinity (Butterweck, 2003). Additionally, a review (Butterweck, 2003) of the available evidence concluded that St John’s Wort extract demonstrated significant affinity for GABAA, GABAB and glutamate receptors. In vivo St John’s Wort extract leads to a downregulation of -adrenergic receptors and an upregulation of serotonin 5-HT2 receptors. 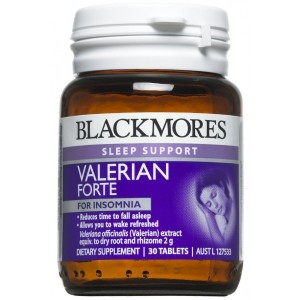 Valerian root extract can be bought in tablet form and is thought to be an effective sedative and anxiolytic CM. Indeed, valerian’s does have a tranquilliser effect, and it has been used in the treatment of insomnia, and will sometimes be self-prescribed or prescribed by a physician (Gooneratne, 2008). Individuals with sleep difficulties may opt for valerian over pharmaceuticals because it offers a “natural” way to improve sleep. A meta-analysis of 18 randomized clinical trials concluded that valerian was significantly better than placebo in improving sleep (Fernández-San-Martín et al., 2010). There has also been substantial use of valerian to treat anxiety, with various studies showing its efficacy. However, a Cochrane Review of randomized controlled trials found that only one study met its rigorous inclusion criteria, and concluded that valerian did not differ to placebo in treatment of anxiety disorders (Miyasaka, Atallah, & Soares, 2006).

How is valerian supposed to work?

Valerian (Valeriana ofﬁcinalis) consists of more than 150 known chemical constituents, many of which have been demonstrated to be physiologically active, yet it is unclear as to which of the chemical constituents is responsible for its sleep-promoting effects. In fact, its pharmacological activity may result from interactions among multiple constituents rather than any one compound or class of compounds (Ross, 2009). The main mechanism for action of valerian is thought to influence the GABA neurotransmitter receptor system, a receptor class that is important for the action of benzodiazepines (Poyares, Guilleminault, Ohayon, & Tufik, 2002). It acts to inhibit sympathetic nervous system neurons by modifying the transport and liberation of gamma-aminobutyric acid (GABA) (Fernández-San-Martín, et al., 2010). It is possible that valerian constituents may inhibit the enzyme system responsible for the breakdown of GABA, increasing GABA concentrations and decreasing central nervous system activity. Valerian may also bind directly to GABA-A receptors and stimulate the release and reuptake of GABA (Ross, 2009).

Valerian’s side effects and safety issues.

Given valerian’s impact on the GABA system it should not be taken with other sedative drugs because it may increase the overall effect. Additionally, Valerian is contraindicated during pregnancy and

lactation and in children younger than 3 years. There is only limited research on the interaction between valerian and other drugs, with some research suggesting that it does not significantly impact upon absorption of other drugs (Colalto, 2010). There have, however, been a number of case studies that have reported overdose and a hazardous interaction with fluoxetine (Yager, Siegfreid, & DiMatteo, 1999). 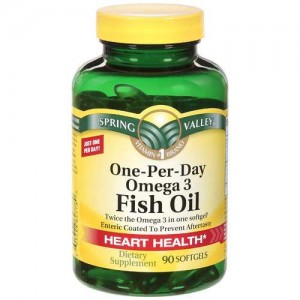 Various meta analyses have examined the efficacy of Omega-3 supplements in psychological disorders and it has been found that there is sufficient evidence for their effective use in some disorders but not as yet in others. Research in this area is only in its infancy and there are many studies in progress. Results from one Cochrane review of placebo controlled trials showed positive effects of Omega-3 as an adjunctive treatment for depressive but not manic symptoms in bipolar disorder (Montgomery & Richardson, 2008). In depression, one randomized control trial only showed a non significant trend towards efficacy in a major depression sample compared with placebo (Lespérance et al., 2010). The same study found the Omega-3 did have a significant impact upon depression when high levels of anxiety were also present.

A particularly promising line of research is Omega-3’s effect on psychotic disorders. One randomized placebo-controlled trail found that individuals with first episode psychosis who were treated with Omega-3 had significantly less likelihood of transitioning into a full psychotic disorder as well as improving positive and negative symptoms (Amminger et al., 2010). A review of the literature found that three out of the four trials found significant benefit from using Omega-3 in schizophrenia, and often reduced the likelihoods that treatment with antipsychotics would be required (Freeman, et al., 2006). Various other studies have sought to test Omega-3’s efficacy on autism (Bent, Bertoglio, Ashwood, Bostrom, & Hendren, 2011), ADHD (Johnson, Östlund, Fransson, Kadesjö, & Gillberg, 2009) and other disorders, with non-significant findings. Another Cochrane review found a lack of supporting evidence for Omega-3 in borderline personality disorder (Lieb, Vollm, Rucker, Timmer, & Stoffers, 2010).

How does Omega 3 work?

It has long been known that some mental health problems are related to improper dietary intake (Fernstrom, 2000) and Omega-3 fatty acids are thought to be of particular importance because they line neuronal membranes and thereby affect the central nervous system (Bays, Tighe, Sadovsky, & Davidson, 2008). Humans do not synthesize the polyunsaturated and other long-chained fatty acids, which is the major component of Omega-3, so we must rely on dietary intake. One long chained fatty acid, docosahexaenoic acid is selectively concentrated in synaptic neuronal membranes and mediates receptor activity and signal transduction (Salem, Litman, Kim, & Gawrisch, 2001). If there is not enough Omega-3 then the other prominent fatty acid, Omega-6, will fill the void. An adverse ratio of Omega-3 to Omega-6, which is known to contribute to physiological dysfunction and degradation of the central nervous system, is found in various neurodevelopment disorders (Freeman, et al., 2006). There have been differing theories of the mechanism of the action of Omega-3 in psychological disorders, including regulation of serotonin, dopamine, increased dendritic arborisation and synaptic formation, prevention of neuronal apoptosis and improved cerebral blood flow (Freeman, et al., 2006), with no theory gaining unanimous support.

Omega-3 is safe and has no side effects.

The various non-significant results show that Omega-3 is certainly not mental health’s wonder treatment and many of the studies need to be replicated to strengthen the evidence base. One thing that is clear is that Omega-3 fatty acid does not have any adverse side effects and that there are no know contraindications for its use (Freeman, et al., 2006). This is because unlike other CMs reviewed here and most pharmaceuticals, Omega-3 is an essential dietary component and formal interventions simply seek to lift the dietary intake. Other CMs for mental disorders rely on mimicking neurotransmitters generally produced by the body. Therefore, while further evidence is mounting it is reasonable to administer Omega-3 as a complement to traditional treatments without the risk of harm.

Here I have outlined the use of three complementary medicines, their action, efficacy and side effects. While these three supplements have mounting evidence base and known contraindications, there are countless other complementary medicines that are widely used despite little evidence. For example, L-tryptophan, which is a precursor to serotonin and is used for anxiety and depression has inconsistent results and a general lack of published literature (Meyers, 2000; Sarris & Byrne, 2011).

All psychologists should be aware of the fallacy that because something is “natural” it is safe (poison ivy is “natural” and a poison!). Given that complementary medicines can have adverse side effects and disrupt normal treatment they should not be thought of lightly. Indeed, best practice would recommend that all complementary medicines gain a comparable research base and conventional medicine for their use. Of course the irony of the definition of CM means that as soon as a particular treatment has acquired a strong research base it may become subsumed by conventional medicine. Hence, which treatments are considered CM is ever changing. Nevertheless, treatments like St John’s Wort remain on the fringes of treatment options in many countries, including Australia, where pharmaceuticals which are similarly effective, but less cost effective and with more adverse side effects, are routinely prescribed by treating medical practitioners, while St John’s Wort is ignored (Solomon, Ford, Adams, & Graves, 2010).

Meyers, S. (2000). Use of neurotransmitter precursors for treatment of depression. Alternative Medicine Review, 5(1), 64-71.